I should start by saying that when it comes to ceramics, I have long been an optimist. I believe in change, expansion, openness, and in the increasing plurality of the ceramic field within the larger context of contemporary art. But if I’m being truly honest, change is slow (painfully so) and the field of ceramics is stunted by its stubborn allegiance to outdated methodologies and systems of value.

In 2015 I made Tromp L’oeil as a way to incite critical discourse (for some of my community at that time it seemed to only incite critical discord). I threw a cylinder, the most basic of wheel-thrown forms; I inscribed the cylinder with the text new american painting and dashed it with brush strokes of color and gold luster; I photographed this cylinder in panorama mode on my iPhone 6, thereby elongating and flattening it; and I ordered a print of this photograph on stretched canvas. I changed my account name with the online printing company to Painter so that their congratulatory shipping note read “Dear Painter, We hope you are as excited as we are about how your new artwork turned out!”. The note includes a Photoshopped image of my painting hanging on a white wall in front of a viewer and a sleek wooden bench, which is how I know that my work is now museum caliber. And just like that: I’ve become a legitimate potter, photographer, and painter. Anyone can do it. In fact, it seems like everyone is doing it.

Accessibility is a truly wonderful problem to have. Neighborhood ceramics studios are popping up like mushrooms after a rainstorm, and Instagram displays the myriad bowls, mugs, plates (dildos, and pipes) that everyone from your quiet neighbor to the high-powered attorney are making on the weekend. Some of them are beautiful. Some have spawned incredibly successful small businesses. And some of these objects are well designed, addressing specific purposes and ideas through the use of forms and surfaces that necessitate each other. With increased accessibility has come increased participation, increased awareness about the material, and increased awareness of the labor and skill needed to create these everyday objects. So why is this a crisis?

It goes back to basics: the cylinder. Whether pinched or thrown, the cylinder is usually the first form a student of ceramics learns to make. On the wheel, it is the foundation for all other shapes and, in theory, if one is capable of throwing a cylinder, one is capable of throwing any form. Some teachers hammer this point home, making students throw at least a hundred cylinders before allowing them to advance to other forms. The cylinder is the starting point of potentially endless variation and possibility. Why, then, are so many artists——from pottery studio mavens to university professors——still churning out so many cylinders? Why has the cylinder been trending so heavily, especially in the last five or six years?

In the pottery/design realm, especially amongst relative newcomers to the DIY ceramic culture, the cylinder is a ubiquitous form. Go on Instagram or Etsy and you’ll see countless cylinders glazed in simple white, or speckled white, or decorated with sparse geometric forms (usually on white). Slim cylinders are cups, short cylinders are plates, tall cylinders are vases, wide cylinders are dog bowls. Perhaps it’s because the shape is aesthetically pleasing——the cylinder is a strong form, sturdy by nature and sure of itself, reliable. Perhaps it’s because the cylinder is easy——easy to throw, easy to repeat, easy because it barely needs trimming, easy because it works so well without the additional complicated step of making and attaching a handle. Whatever the reason, these functional wares do not strive beyond the starting point. Just because one is capable of throwing a cylinder and has access to a kiln does not make them a thoughtful designer or innovative ceramicist. The cylinder is a dead giveaway.

In the fine arts realm, instead of trying to emulate good design, the ceramic cylinder maker is most often trying to emulate painting, and the cylinder is their canvas. Again, we see a lot of bold colors and geometric patterns, although they tend to be more casually applied. Sometimes, the cylindrical painter embraces glaze as a method of showcasing technical prowess. Gloopy glaze, layered glaze, volcanic glaze, crackled crawling and crusty glaze, it’s a phenomenological paint only a seasoned ceramicist can truly master, but so what? This kind of responsive and seemingly unexpected surface may be new for the field of painting but it conveys nothing surprising, insightful or meaningful for the field of ceramics. Clay, with its vast potential for conceptual content, can exist in literally any form, yet its material potential is willfully ignored. The cylinder as a three-dimensional canvas is most often void of additional intention. The only concern is surface, and an opportunity to delve deeper into clay’s material and metaphoric possibilities is lost.

The cylinder relegates contemporary ceramics to an unfortunate position: stuck at the beginning. Nevertheless, its prevalence everywhere——from craft fairs to commercial fine arts galleries——espouses the cylinder as an emblem of possibility. The general public, and even the individual who is moderately educated in ceramics and ceramic history, is fooled by a luscious cylinder. This is the crisis. The expansion of ceramics becomes only more difficult when the general perception of the medium is that its most basic and unconsidered form is amongst its most ambitious feats. The crisis of the cylinder is an indicator of superficial engagement and the ceramic field’s overarching lack of criticality. 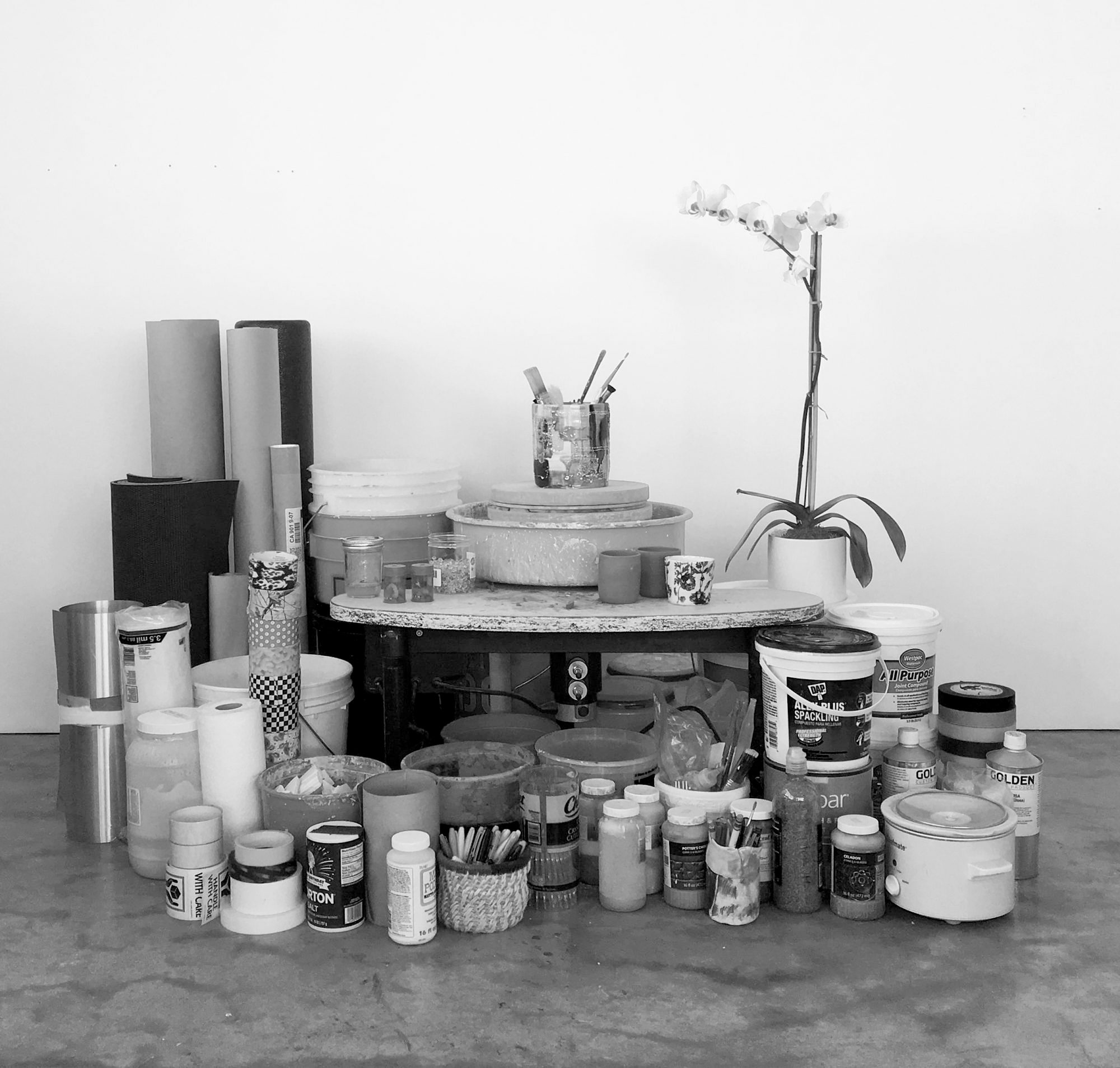