The roots of the crisis of photography lay very near the advent of the medium itself. It has essentially been there all along. Adapting along with the medium through its surrounding cultural and social implication/application.

Through every adaptation to crisis, manifesting visually and technologically, we have never ceased to be impressed with our own “understanding” of what a photograph is/does.

Perhaps photography has been in a constant state of overcoming crisis since its beginning. The nature of each crisis is intrinsically linked to photography’s direct connection to the outside world. Inevitably resulting in the viewer connecting directly with what the picture is of rather than the picture in and of itself as a work of art.

In each moment of change abstraction is a default to merely amaze. To maintain continuity, the medium must maintain its course rather than default to abstraction. The photograph, such a thing of wonder and beauty capable of influence and destruction, discarded as merely an object to gaze upon.

But oh! The potential for liberation, understanding, and self-reflection. If only we were capable of viewing from outside ourselves (at ourselves) for a moment.

Within the accumulation and oversaturation of image culture lies the greatest potential for mass-individual liberation and subjectivation.

The greatest moment of potential being our own, this age of interconnection. We reside within the 21st-century virtual panopticon, the “major effect (of which)… is to induce… a state of conscious and permanent visibility.”1 We are (now) faced with the greatest opportunity to see oneself seeing. Yet we resort to the act of “watching and implicitly judging (one another as we share content).”2 The machine is directing our participation, driving our thoughts and actions, thus perpetuating the machine.

The purists (should) have all lost interest by now, the craft of the medium is in its death throes and all. This is a good thing. The medium is undergoing the greatest change through completely different modes of interaction. (Bordering on the one time potential of cinema.) Prior to this moment, most of the changes have occurred on the creative side of the formula. Whether it was compositional or mechanical/technological advancement, the change was introduced for the most part based on decisions, or lack of, on the part of the photographer/artist. Subject matter, framing, format, mode of exhibition, or even the subject/photographer relationship were consciously applied to each given circumstance to yield an outcome, to introduce the viewer-work of art relationship. Now, at this moment, the relationship has the greatest power and potential, however, the inherent creative impulses have been drastically reduced. A total (possibly first) swing of the pendulum in photography. The long-established factors of how we relate to a photograph or photographs have ceased to be “real” driving factors in continuation of the medium in the historical sense.

This rupture has opened the doors for change affecting the greatest numbers of viewers in a perpetually shifting wave of image saturation, potentially more powerful than we have previously witnessed through this medium.

It is in the space between depiction (what we see) and abstraction (a moment in space and time ripped from its context, compartmentalized, and recontextualized, in a way that can only be restored through abstract relationships), that we can find salvation. 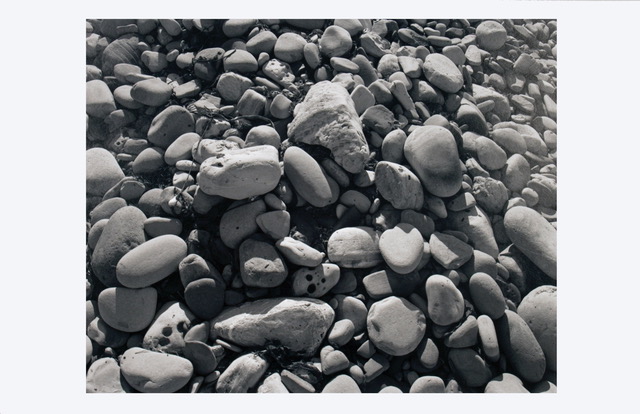